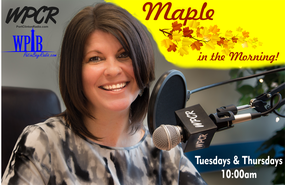 WPCR Radio began broadcasting ten years ago in 2008 by Greg & Linda Peiffer with the mission of giving Ottawa County its own local radio station.  Since no traditional over-the-air AM or FM broadcasting licenses were available, and the Canadian government has strong control over border-straddling radio signals, Greg decided to put WPCR on the Internet and,  at the very least, people could listen while at their computers....little did he know, that in just 10 short years, WPCR's signal can be heard on tablets and iPads, smartphones and WiFi radios and even car radios introduced by Ford, Chrysler,GM, BMW and Lexus.

As those in Ottawa County began to spread the word that they now had a radio station that carried local news, local weather forecasts and even live play-by-play  high school sports, the weekend residents and tourists began spreading the word too.  They liked the idea of getting an up-to-date fishing report and weather forecasts during the week while being at their homes and offices in Columbus and Cleveland, Pittsburgh, Fort Wayne and Detroit.  Listener numbers tracked by Google Analytics began to rise from a few hundred to a 100,000+ each and every month.

And those wanting to advertise and be associated with WPCR began to increase as well.  That meant the hiring of salespeople and on-air personalities to expand the depth and appeal of the programming.  Dorothy Henry, Tanya Frost and Patrick Myers present our advertising products to our more than 200+ clients who have advertised with us in the past 10 years.

We should also mention that it was just six years ago, that Greg & Linda decided that Put-in-Bay had so much to talk about, and the world needed to know, that they started a new radio station exclusively for the Islands.  WPIB was launched in 2012 and has become the daily information source for both Islanders and visitors.  During the Summer months of June, July and August, listener numbers swell to 200,000+ each of those months. Both Stations continue to grow especially with those on the go.  Most new car models are equipped with in-dash radios and sound systems that make listening to WPCR and WPIB as easy as turning the ignition key....one push of a button and you're listening to the local Port Clinton or Put-in-Bay radio station! 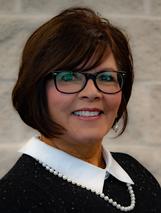 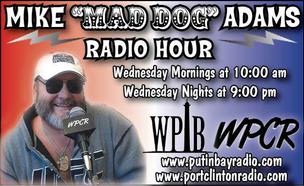 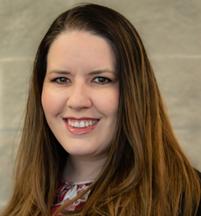